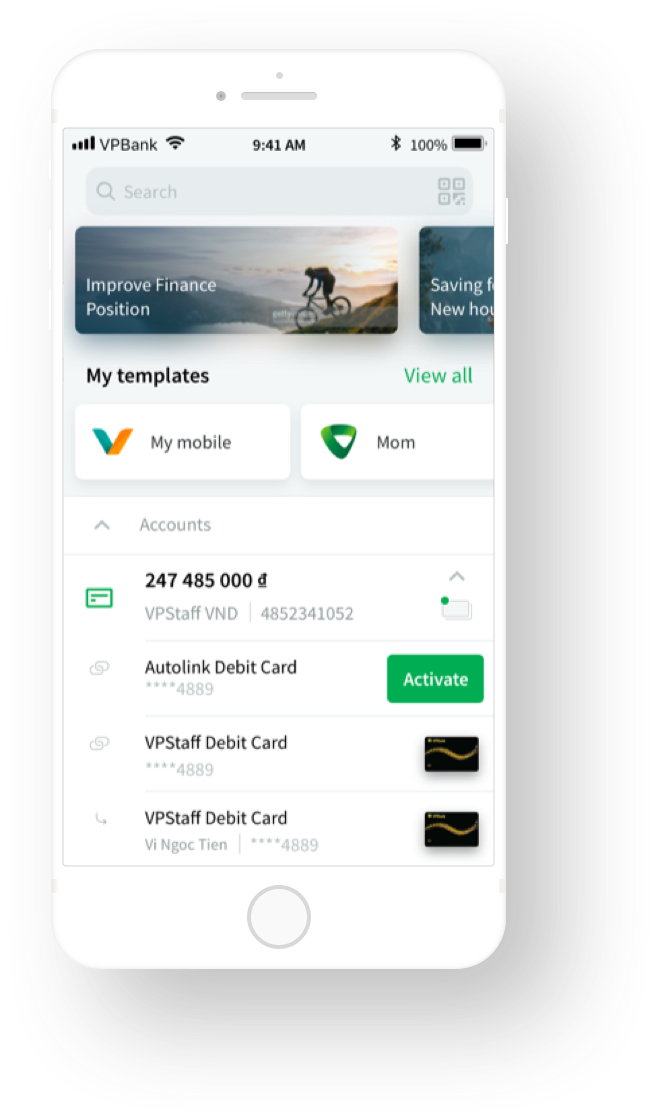 VPBank already had a web application for their banking services, and they were looking for a team of business analysts, iOS and Android developers to create native mobile versions of their application.

When the bank was choosing between mobile banking app development companies, they were drawn to the positive feedback Mbicycle gained developing Finance TheMarker app for Haaretz Newspaper.

The VPBank reps got in touch with our team, and after a series of face-to-face meetings we quickly secured the partnership thanks to our proven expertise in iOS and Android app development for banking.

Mbicycle’s experts set off by carefully studying the client’s requirements at the business analysis stage. After discussing the outcomes of this analysis with the client, our team outlined and implemented the following features in the iOS and Android mobile applications:

When VPBank’s customers make payments or transfers via the bank’s application, they receive loyalty points depending on the amount of each transaction. These points are accumulated on users’ accounts so they can spend them on the following:

The full project team included experts from both VPBank and Mbicycle. Mobile developers and a business analyst were on our side, while the team lead, project manager, backend developers, and three more business analysts were on VPBank’s side.

For this project, we chose Agile Kanban as the main methodology for iOS and Android banking app development. To assure closer cooperation during business analysis, our BA travelled to the bank’s office in Vietnam to meet the VPBank project team personally.

During these business trips, our analyst together with his colleagues on the client’s side designed and approved the following documentation that served as the foundation for further work on the project:

According to this model, the solution performed in the following way: the mobile client developed by Mbicycle’s team accessed the integration server, which then accessed the OCB. In its turn, the server returned the response back via the same path.

After eight months of dynamic business analysis and finance app development, we delivered the banking iOS and Android applications for the client.

Thanks to the carefully elaborated project requirements aligned with VPBank’s business needs, as well as close communication between the project team members, the solution by Mbicycle’s experts hit the mark with the bank’s customers who now use the applications on a daily basis. 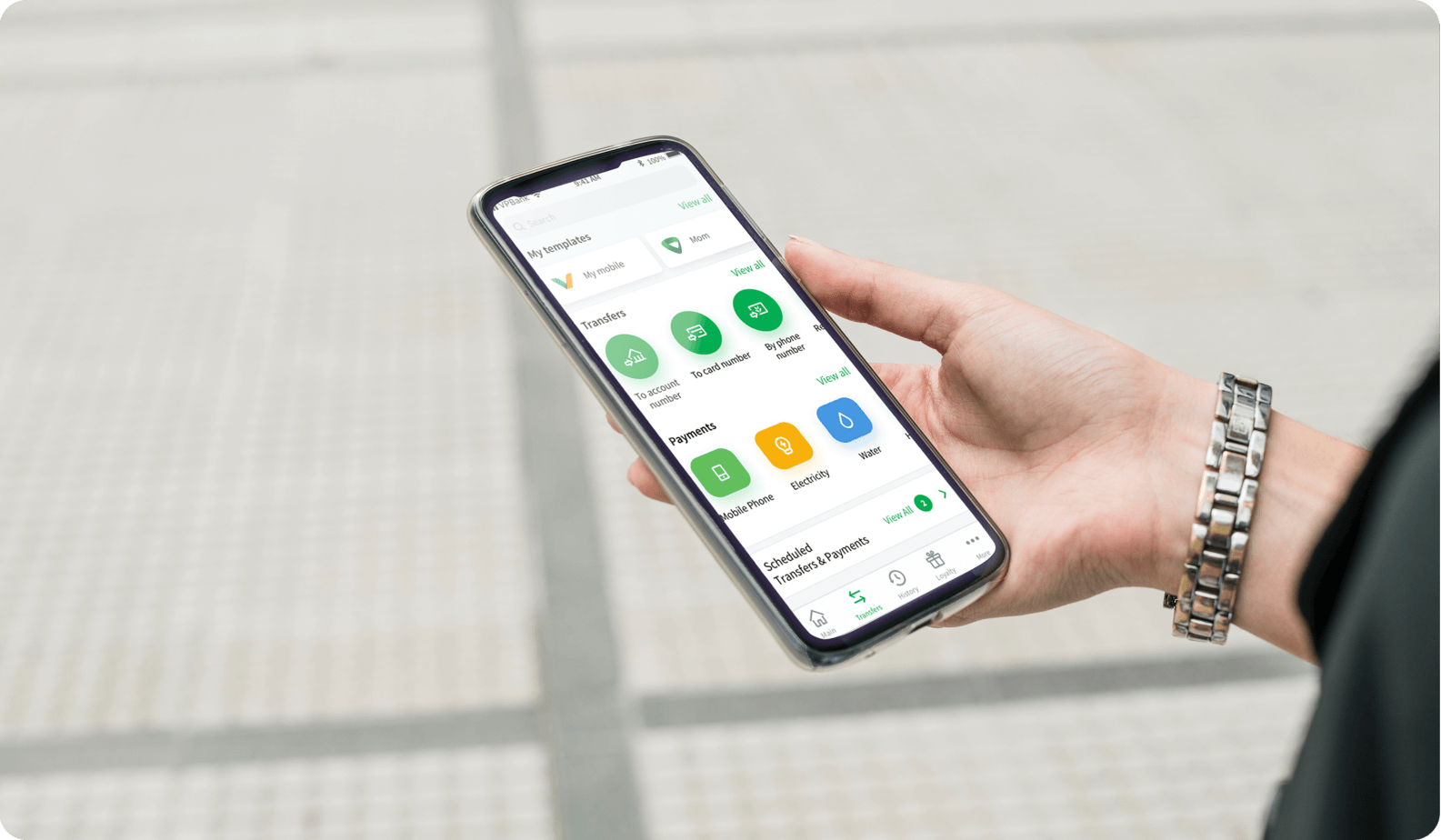 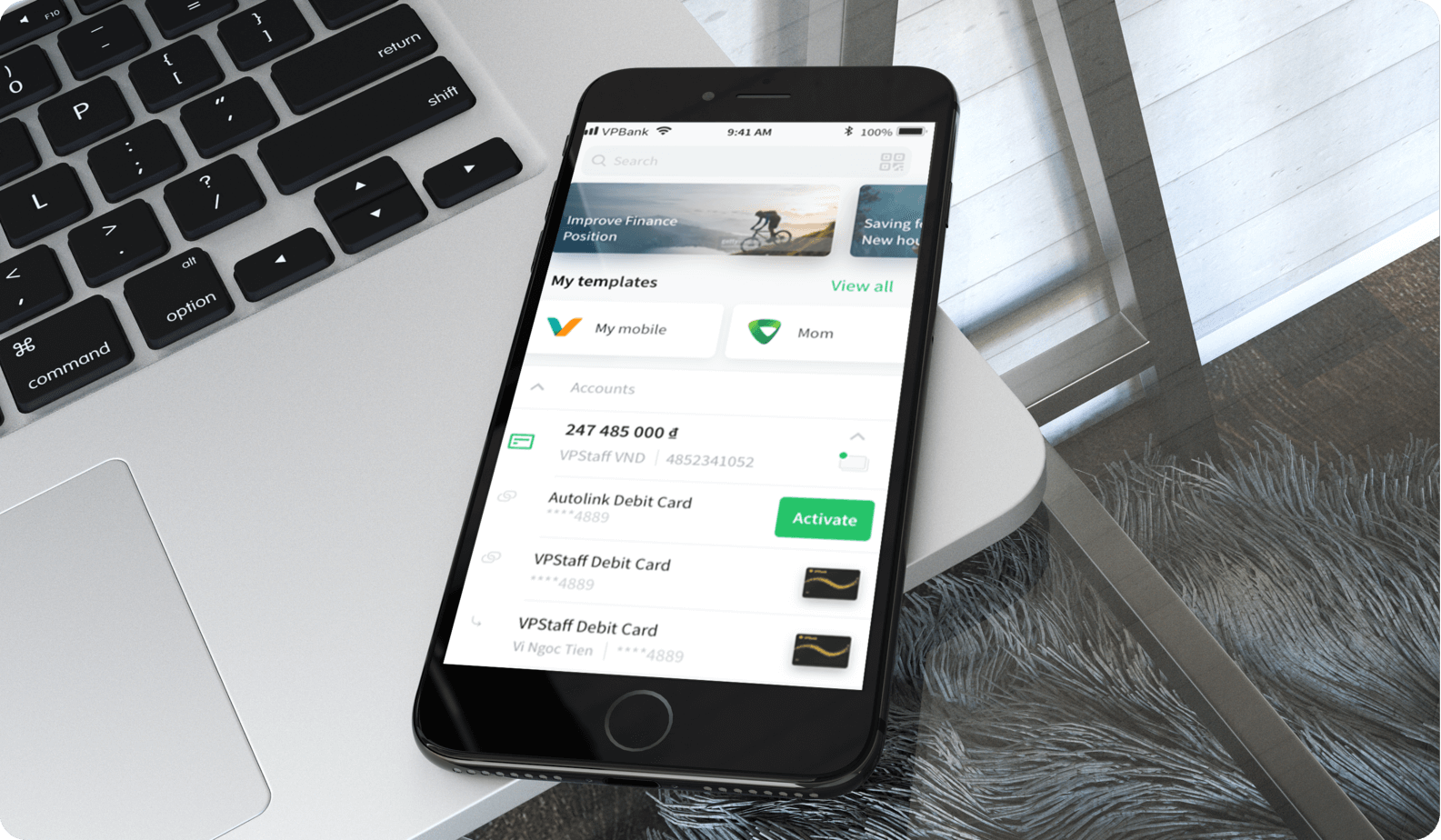 We developed a scalable online platform connecting its users with professional chefs who cook restaurant-quality food at users’ homes.