An interactive mobile app for fans to follow and vote for the participants of the popular British TV show. 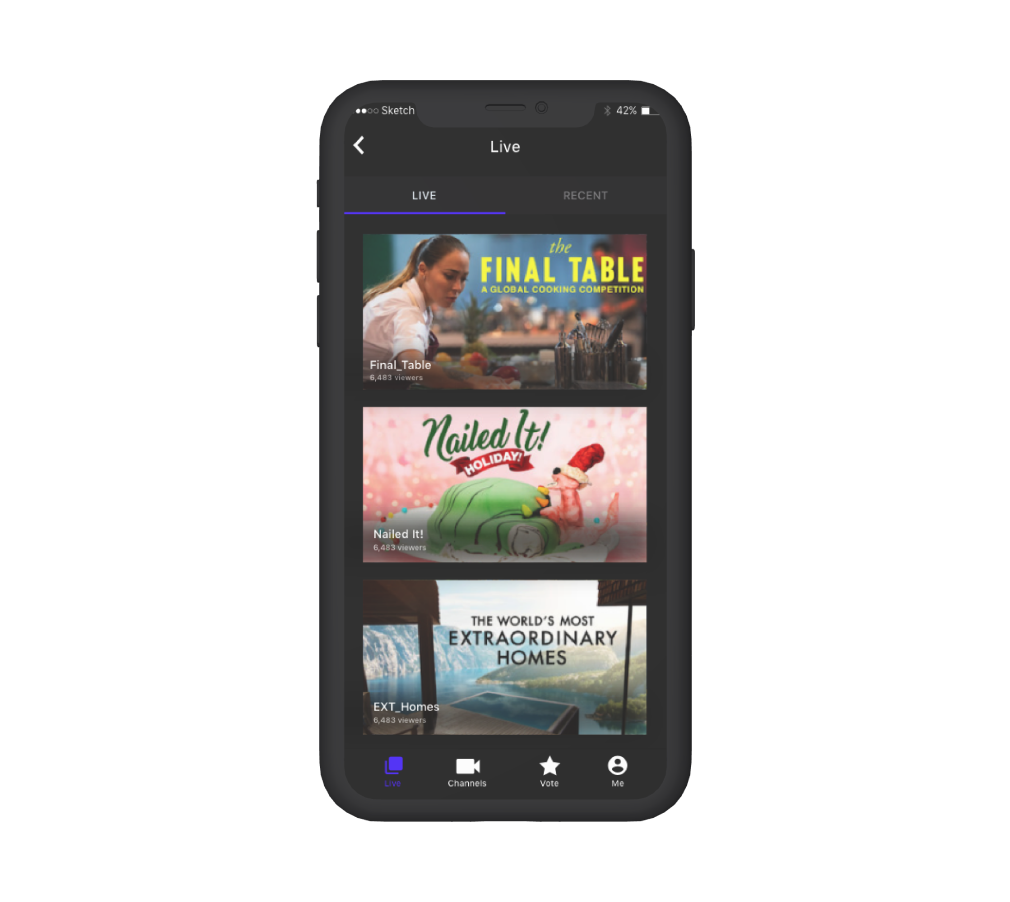 This project was our first experience of collaborating with a huge interactive entertainment platform together with the popular British TV channel. This platform is specializing in delivering fan engagement applications for its customers in the Sports and Entertainment industries.

After a comprehensive review of outsourced app development vendors, the client hired our Android development team to create a mobile application for a popular British TV show for fans to follow and vote for the participants. The scope of the upcoming work also included tweaking the app prior to the new season to accommodate the TV channel’s revised voting procedures and other requirements.

The main reason for choosing our team for the project was the fact that we were fit for developing on top of the client flagship management software they used as the foundation for all of their projects. We also proved to be able to finish the app development for this TV show within the tight deadline of just under three months in time for the start of the new season. 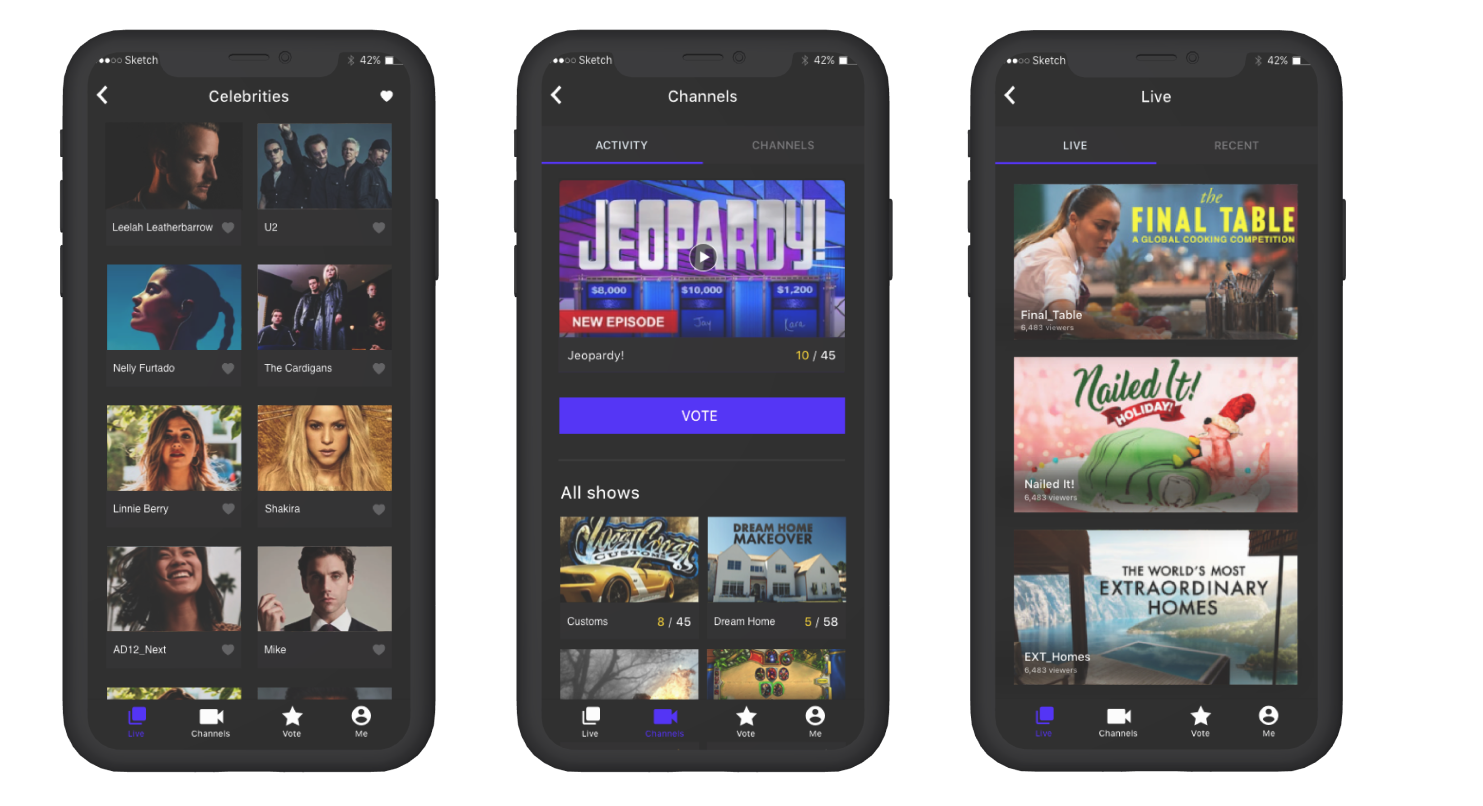 The client needed an application that would allow users to keep track of the TV show updates and, when the time came, to vote for the participants in real time. Thus, the main challenge for the Mbicycle team was to create the mobile app on top of their proprietary software, which would provide seamless real-time interactive capabilities and serve as a second-screen app for the show fans during each episode.

The base application was inherited from the previous year’s show and now called for a complete revamp to accommodate the new season’s mechanics. We built our solution with the legacy app code as a foundation, redesigned it, and added new features in such a way that they could be reused in the future (i.e., introducing reusable code).

Our technical solution was focused on the client administration panel, which was originally designed to manage the entertainment and voting functionality of their mobile products for various TV shows. The panel featured multiple settings to be configured by the client’s technical team specifically for this software project.

We created custom UI elements and animations using the Android SDK. As the previous versions of the app had complicated UIs and could only display text-based content, we decided to extend the application’s news feed with images, videos, and gifs while users were watching the show on air. We connected the news feed to the original administration panel via a socket so that the app users could instantly react to any event of the show.

After the UI redesign and extending the news feed features, our team focused on improving the voting mechanism. At this stage, we completely changed the voting logic, as it was important to make voting available at certain times — only when each participant finished singing and speaking on stage. The complexity of the voting mechanism was in that it had to rely on the count of votes, with the ability for users to cancel and change the vote, and for the development team to add custom UI elements for this feature as needed.

After all the basic elements were implemented, the developers from Mbicycle added a settings screen and a mini-game created entirely in React Native. This game allowed the app users to score points for researching about the show participants, watch leaderboards, etc.

We started app development for the TV show with the code review of the latest app version. We then created a robust and speedy application on top of the client’s proprietary administration panel, to provide the TV show fans with a highly interactive real-time experience. At this stage, the Mbicycle team redesigned the app UI, improved the news feed performance and content, as well as updated the voting mechanism.

We had daily Scrum sessions to ensure on-time delivery, keep on the same page with the client’s team, and discuss any project-related questions and further improvements.

We had only three months to develop a mobile application, and we were proud to meet this requirement to the fullest.

As the result of this app development project for the TV show, our clients, both entertainment platform and the TV channel, got an updated version of their original application that allowed users to keep tabs on the show dynamics and participants in real time, as well as interact with the show by checking the news feed and voting for contestants.

The clients were absolutely satisfied with the final iteration of the app, as we managed to release the application right before the show went on air. We also stayed to provide 24/7 support during the broadcast. Owing to this, all the features were performing well with no bugs reported.

After this software project was completed, the clients requested two more projects from our entertainment app development company — one for another TV show, and one for the next Olympics Games. Both of these projects are also under an NDA. 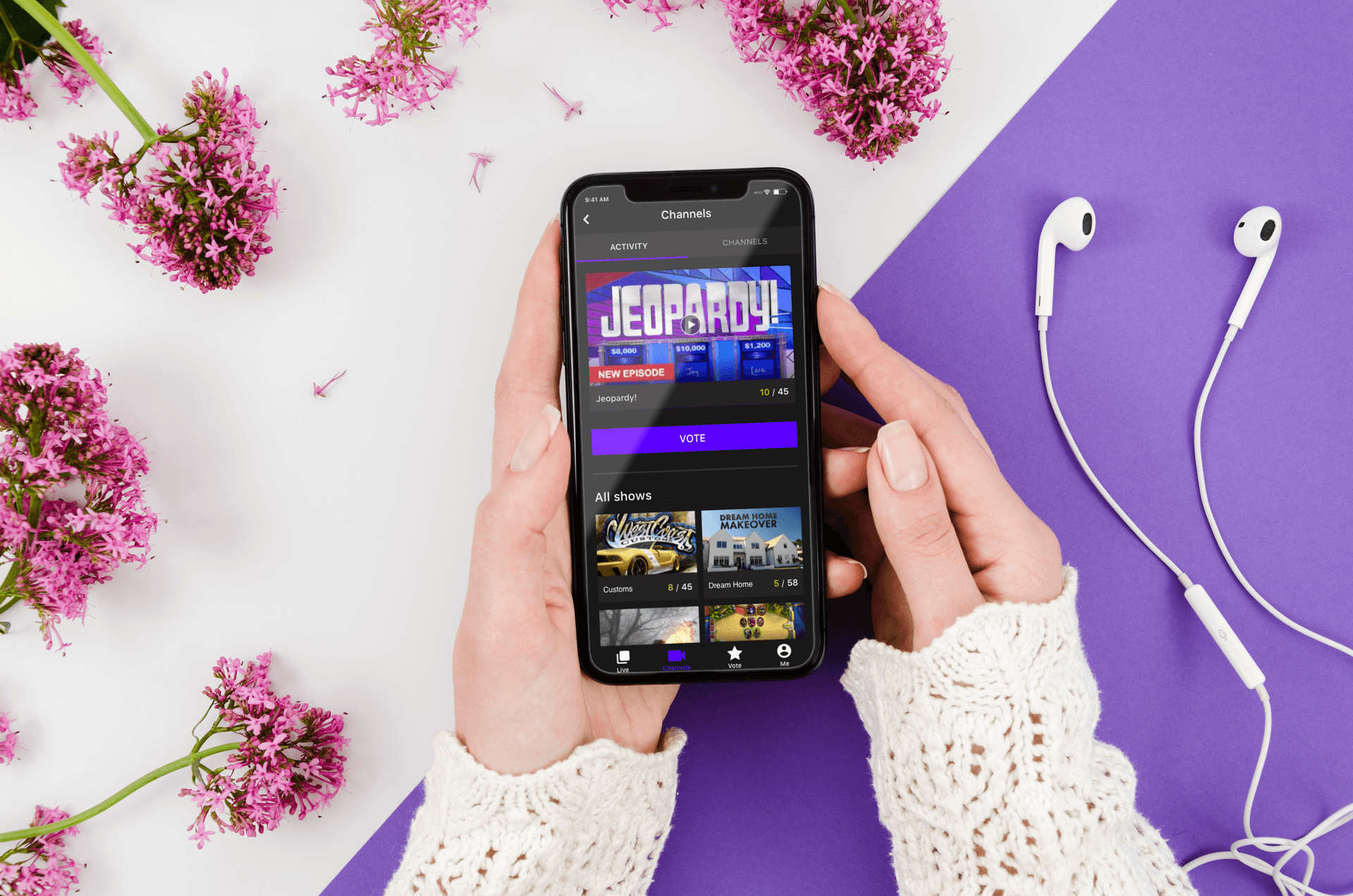